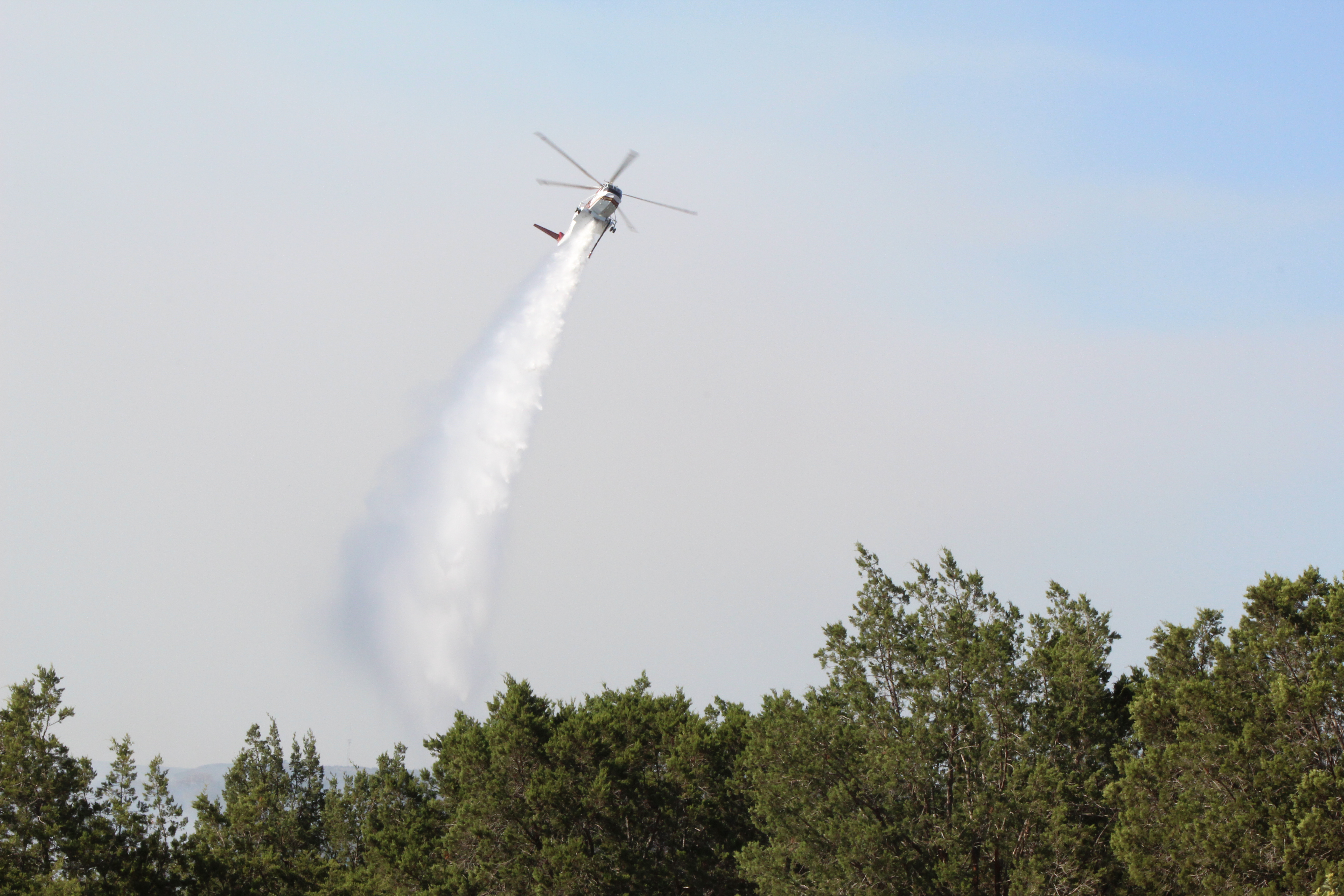 Firefighters from 18 fire departments, the Texas Forest Service, the Lower Colorado River Authority and Balcones Canyonlands National Wildlife Refuge battled a wildfire which consumed at least one home in The Trails at Horseshoe Bay and another in Blue Lake Thursday, Aug. 13.

The 440-acre Trails fire was reportedly 30 percent contained as of 7:25 p.m. Thursday as crews worked to prevent the fire from spreading to other neighborhoods to the west of Horseshoe Bay.

The immediate cause of the fire was not known, but just one day earlier, the Llano County Office of Emergency Management had warned the public through Facebook there is a ban in place on outdoor burning.

“Secure all chains and prevent them from dragging (as) many wildfires are started this way along the highways,” the post read. “The wild land fuels are very dry — Help everyone be safe. Pray for rain.”

Residents in the The Trails Subdivision and Blue Lake Subdivision on the western edge of Horseshoe Bay were being evacuated and told to go to the First Baptist Church of Marble Falls, 901 La Ventana Drive, for emergency shelter. There were also reports of a lot of smoke and falling ash as far away as Kingsland.

A temporary flight restriction, NOTAM FDC 0/2426, is in place over the fire area to provide a safe environment for firefighting aircraft.